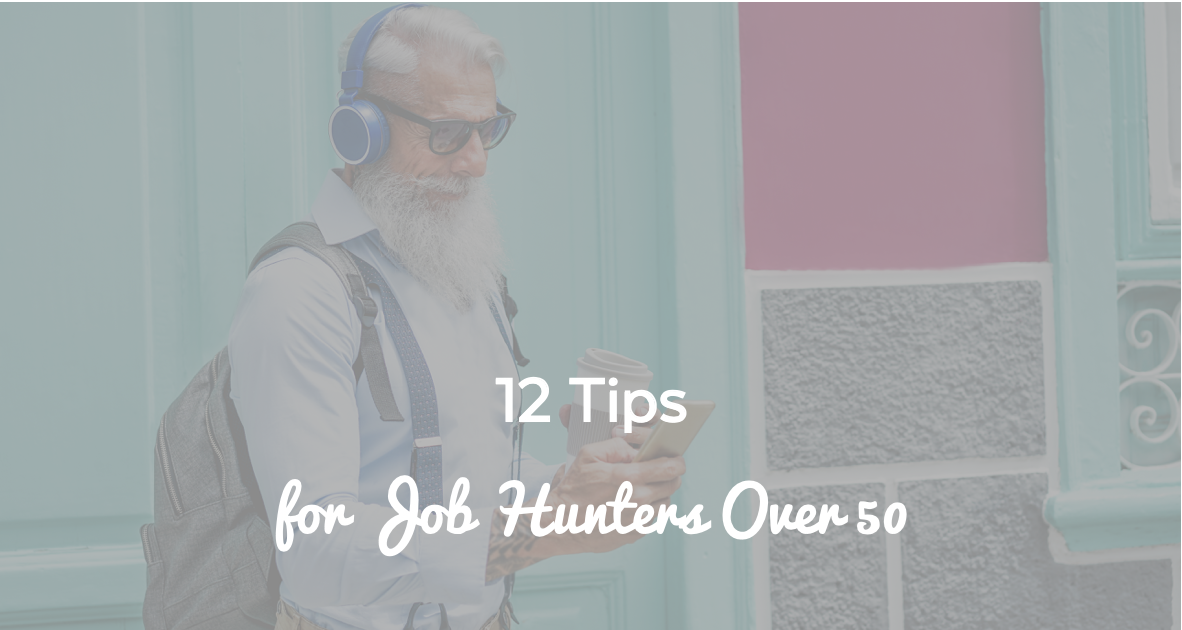 The twelve tips outlined in this article will help you put the focus on your ability and attitude, not on your age.

How Older Workers Can Overcome Obstacles to Getting Hired

According to Scott Kane, founder of Gray Hair Management, LLC, an organization that specializes in helping senior professionals find jobs through coaching, mentoring, and networking, the issue isn’t age as much as it is culture. “Young human resources folks don’t feel that someone over 50 can mix with the current workforce,” he said. “When someone over 50 thinks like a 20-year-old, that is unusual.”

2. Dust Off Your Resume

Hiring managers should be impressed with your skills and competencies, not the fact that you graduated during the Eisenhower era.

It’s perfectly acceptable to eliminate experience more than 10 years old, as well as the dates you attended college. “Most employers are only interested in current skills and whether or not you have the necessary skills to get the job done,” said Renee Ward, founder of Seniors4Hire.org, an online career center for workers who are 50 and older. “Emphasize your skills, with tangible examples, and how these match the needs of the job.”

Gone are the days when you searched the newspaper classifieds, submitted a few resumes, and let potential employers vie for your attention. Now it’s up to you to find creative ways to get the attention of employers.

Today, networking is one of the greatest skills a 50+ job seeker can develop. “There is nothing that replaces the value of face-to-face interaction,” said Tim Driver, founder of RetirementJobs.com, a career site and research organization for people over 50 that also identifies, then certifies, age-friendly companies. “Make a point to network with people who can provide referrals, so you can angle in to an employer from various perspectives.”

Many older workers have avoided regular interviews by being promoted up the ranks through the years, and are a little rusty when it comes to this important skill.

The interview is the place where you connect with the employer, sell yourself and show that you have the energy, passion, and excitement necessary to do the job. You’ll have to work a little harder than your younger competitors to show that you’ll fit in, so be sure to think carefully about how you want to be perceived. Then it's all about practicing.

Don’t focus on your age, but also don’t run from it.

Instead of thinking how you can defend your age, use concrete examples of your competencies and skills to show how you have a leg up on younger applicants. “In today’s job market, if you don’t meet 125% of the job qualifications chances are you won’t get the job,” Kane said. “This goes for everyone, not just the over 50 crowd.”

6. Show Them You're a Team Player

A younger manager may have concerns about managing someone the age of their parent, or may feel that an older applicant won’t be able to relate or work with a younger team. “Older workers are sometimes viewed as stubborn, or set in their ways,” Driver said. “Organizations seek team players, regardless of age. Show you are a team player, won’t have a problem taking direction from or learning from younger colleagues, and have the energy, passion, and excitement to embrace the future.”

7. Show Off Your Tech Savvy

The ability to use technology is seen as one of the biggest differences between younger and older workers. “It’s a myth that older job seekers can’t—or won’t—keep up with changing technology,” Ward said.

Show potential employers that you can navigate technology with the best of them by carrying and using the right devices, having a presence on social media sites such as LinkedIn, and communicating via text and email.

8. Be Part of the Solution, Not the Problem

In the end, what does age have to do with it anyway? “The biggest problem for many candidates is that they have difficulty selling themselves as the solution to the problem,” Kane said. Do your homework by researching the organization and identifying the issues they face. Use your skills, experience, and knowledge to show how you hold the key to solving their particular problem, and your age will no longer be a factor.

Kill two birds with one stone. “Participating in online education demonstrates you are eager to learn new things and aren’t stuck in your ways, but also indicates that you are comfortable with technology,” Driver said. You can also gain valuable employment credibility by completing a degree program or earning a certificate in a relevant area.

Steer clear of organizations or industries that are known for having young workforces. According to Driver, one of the common threads among the age-friendly employers certified by RetirementJobs.com is that they face problems with turnover.

“Data shows that people who are older stay on the job three times as long as people who are younger,” he said. “If you can be smart about finding companies that are facing problems with turnover, you have a solution for those companies.”

It’s tough for everyone out there, so don’t take it personally if your job search lags on for longer than you’d like. Getting grouchy will just promote the perception that you’re a “grumpy old person.” Stay positive, keep networking, focus on your skills and competencies, and sooner or later you’ll be identified as the best person for the job.

When it comes to looking for work, age and experience is often a double-edged sword. Older candidates often do have to work harder to overcome discrimination, but with the right strategy, age can be a non-factor.