An Argument Against "Aging In Place"

According to multiple studies, the vast majority of Americans want to age in place, which the U.S. Centers for Disease Control and Prevention defines as “[living] in one’s own home and community safely, independently, and comfortably, regardless of age, income, or ability level.” It’s no surprise this idea is so popular—as a society, we have begun moving away from institutional living and back towards our homes and communities.

But if I didn’t know the definition of “aging in place” and someone asked me if I wanted to do it, I would probably say no. Honestly, aging in place doesn’t sound that great. The term suffers the same mistreatment as many ideas and catchphrases we use to talk about the latter years of our lives—it’s negative, joyless and lacks nuance.

So “aging in place” has a branding problem—who cares? I think we all should. Language shapes the way we see the world and even helps us recognize objects, and my suspicion is that we are narrowing and stifling what aging can be aging by the way we describe it.

According to the World Health Organization, “at the biological level, ageing results from the impact of the accumulation of a wide variety of molecular and cellular damage over time. This leads to a gradual decrease in physical and mental capacity, a growing risk of disease, and ultimately, death. But these changes are neither linear nor consistent, and they are only loosely associated with a person’s age in years.” 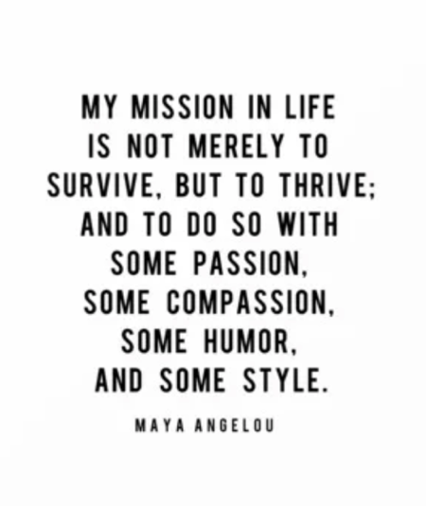 So when does “aging” start, exactly? As I sit in my home office writing this post at age 38, am I not technically aging? In place? At what point will I go from living in my house to aging in it? It’s not hard to imagine the negative impacts of conceptualizing living and aging as two distinct ideas, even on a subconscious level: the very language we use to talk about aging implies that it is synonymous with the end of participation in life.

As for the other half of the phrase, “in place” doesn’t carry any of the joy and warmth of continued involvement in a community, and instead implies stagnation and inaction. Yes, people want to stay in their homes and communities—and they also want to stay as active as possible for as long as possible. They want to keep participating in the world and having life experiences. While they may be “in place” in terms of where they live, they don’t have to be “in place” from a life experiences or personal growth perspective.

While it’s impossible to isolate the exact impact of language on our lifestyles, I wonder how much of the sadness and negativity associated with getting older has to do with our word choices. Given the way we collectively talk about aging, it’s no surprise that at least 6% of older adults suffer from some form of depression and nearly one-fourth of adults age 65 and older are considered to be socially isolated.

A Mindful, Expansive View of Aging

So what should we do? I’m not suggesting the answer is to police our language to stop saying “aging in place.” Instead, I think our goal should be to remain mindful of how language can limit our view of what is and what’s possible—and can even force a false choice. For example, our options aren’t limited to institutional living OR aging in place.

“With ageism, we have internalised it. We have been complicit in our own marginalisation and it will require active consciousness-raising to correct that, just as the women’s movement did.”

There is more complexity, nuance, growth and opportunity in the progression of our lives than we currently make space for. We’d do ourselves a favor to reframe the conversation around how we can thrive in the places and communities that are best for us in this moment, whatever moment it might be.