Can Mentoring Change Aging in America? 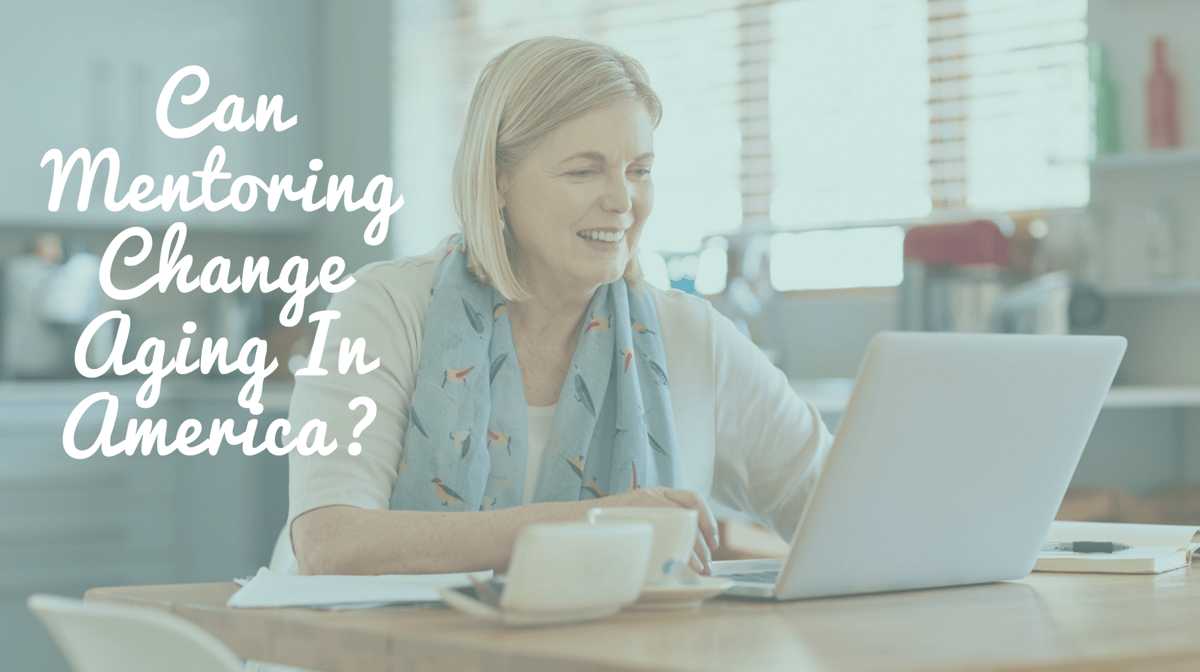 There’s plenty that needs fixing about aging in America. So why is giving every older adult the opportunity to mentor an at-risk young person the one thing I’d choose to change?

This blog previously ran at NextAvenue.com.

Lord Rabbi Jonathan Sachs (the former Chief Rabbi of the United Hebrew Congregations of the Commonwealth) is eloquent on this subject. Reflecting on Moses’ relationship to the young Israelites in his old age, Sachs wrote: "Elders as keepers of meaning is a role that is vibrant in many cultures, including some groups in the U.S. But the dominant culture has veered in an opposite direction."

“He showed them the meaning of generativity, leaving behind a legacy that would outlive him, and what it is to be a keeper of meaning, summoning all his wisdom to reflect on past and future, giving the young the gift of his long experience.”

Our Culture Has Veered for Older Adults

Elders as keepers of meaning is a role that is still vibrant in many cultures, including some groups in our own country. But the dominant culture has veered in an opposite and untenable direction.

As the Dalai Lama and Arthur C. Brooks (president of the American Enterprise Institute think tank) wrote in The New York Times the week before the presidential election, behind the current political anxiety and frustration is a sense that many people are simply not needed. They cite research showing that older adults who lack a sense of use to others are three times as likely to die prematurely as those who feel a sense of purpose beyond their own lives.

Their conclusion: “We all need to be needed . . . [A] compassionate society must create a wealth of opportunities for meaningful work, so that everyone who is capable of contributing can do so.”

My wife and I raised three children who are now wonderful, successful and, most importantly, empathetic adults. Our oldest has two kids of her own, our adorable grandchildren. I hope I can become a mentor to them as my grandfather was to me — someone who helped me understand what it meant to become the best person I could be.

After my grandfather, my mentors were my rabbis. One of them went to Mississippi in the 1960s and was beaten so badly he nearly died. From them, I learned about the Jewish tradition of Tikkun Olam, the responsibility of each of person to help heal a broken world through social action and acts of kindness.

Yet, for me, being a mentor only to my grandchildren wasn’t enough.

Stepping Up for Kids

When I was ready to start a (slow) shift to my encore career, there were plenty of ways to me to step up for kids, here in my hometown, San Francisco. I’m now in my second year as a writing tutor, working with elementary school kids, through a program known as 826 Valencia, in San Francisco’s Mission District. (A wide range of opportunities for mentors and other roles are available through Encore.org’s new Generation to Generation campaign, which will mobilize a million adults over 50 to help children and youth thrive.)

The kids I tutor are mostly Hispanics. Many of their parents or grandparents are undocumented; they’re frequently refugees from violence in Central America. I’m helping them master basic skills in writing, storytelling, spelling and grammar. But I also think, and I hope, that just my presence week after week tells them that an older white guy is there for them.

My tutoring partner at my table is a high school junior who wears a headscarf. I like to think I’m a bit of a mentor to her as well, reassuring her that she doesn’t have to decide now what she’s going to study in college, that the future is full of options. I hope I’m right.

A Source of National Strength

I come from a privileged place. I’m not a laid-off worker whose factory moved to another state or country. My kids are all professionals, each in their way also working for the greater good, and financially secure. But I feel needed and I’d like to see a country where everyone my age can feel that way too.

New research commissioned by Encore.org gives me hope that this isn’t a pipe dream. It shows that most Americans believe that cooperation between young and old will be a source of national strength in an era characterized by rapid population aging, growing racial diversity and persistent partisan gridlock.

It’s up to all of us to turn this belief into a reality.

Silvernest is a complete home sharing solution. With our unique roommate matching system, background checks, secure in-website chat and more, listing your home is easy, so you can focus on choosing the housemate that’s right for you!