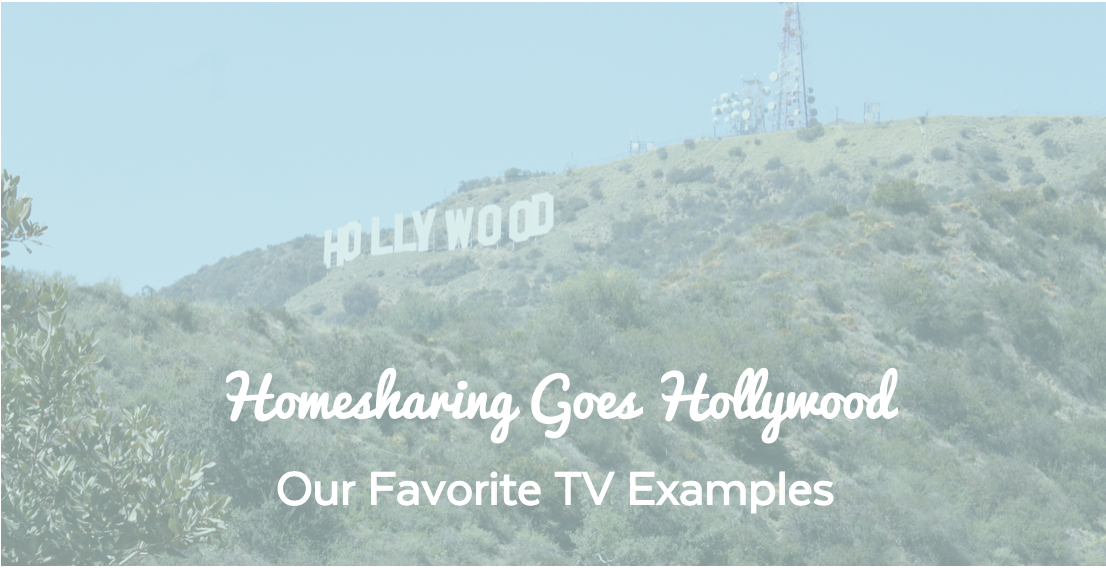 Homesharing has been around for years and has inspired some of America’s most beloved TV and movie characters. Here are a few of our favorite housemates from over the years. Who are your favorites?

It all started with Lucy and Desi. The I Love Lucy show was making waves in the 1950s, combining comedy, musical talent, traditional family struggles with social changes including multiracial relationships. But Lucille Ball didn’t stop there: in the early 1960s, she teamed up with beloved co-star Vivian Vance for The Lucy Show and took on even more gender-bending roles and non-traditional experiences, bringing homesharing to the American TV screen. Lucy and Vivian are a pair of single mothers, sharing Lucy’s home as they raise their children together and get into all sorts of mischief.

From Ork to Homesharing

Did you realize the hilariously iconic Robin Williams promoted homesharing in one of his early roles? In Mork & Mindy, Williams played Mork, an alien sent to Earth to study humans, but to blend in while also observing the human species, he shares a home with Mindy as her quirky housemate. The idea of sharing living space with someone—especially of the opposite sex—was still foreign in the 1970s, but Mork & Mindy made it far less taboo and helped pave the way for mainstream adoption.

Lily Tomlin and Jane Fonda star in Netflix favorite “Grace & Frankie” about two friends-by-association who cling to each other—and become roommates in the shared beach home—after their husbands come out of the closet as lovers. These two not only build a bond, but support their families through the news, find new loves and even build a business together.

The two veteran actresses, recognizable across the ages, identify a very common reality among Americans today—divorce late in life—and show that the best way to come out on the other side is to avoid the seclusion and team up with a friend also in need of companionship after heartbreak.

We sometimes forget that the most perfect homesharing story comes from a group of iconic Hollywood women… The Golden Girls! These spunky gals ranged in age and upbringings and shared a home for companionship. A passed spouse, a breakup, a desire for independence—Dorothy, Blanche, Sophia and Rose faced and addressed it all in their own ways with their sass, compassion, and care for each other. Four women who had little in common found perfect common ground in a house for close to a decade… and you can, too!