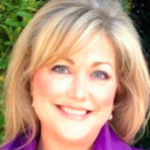 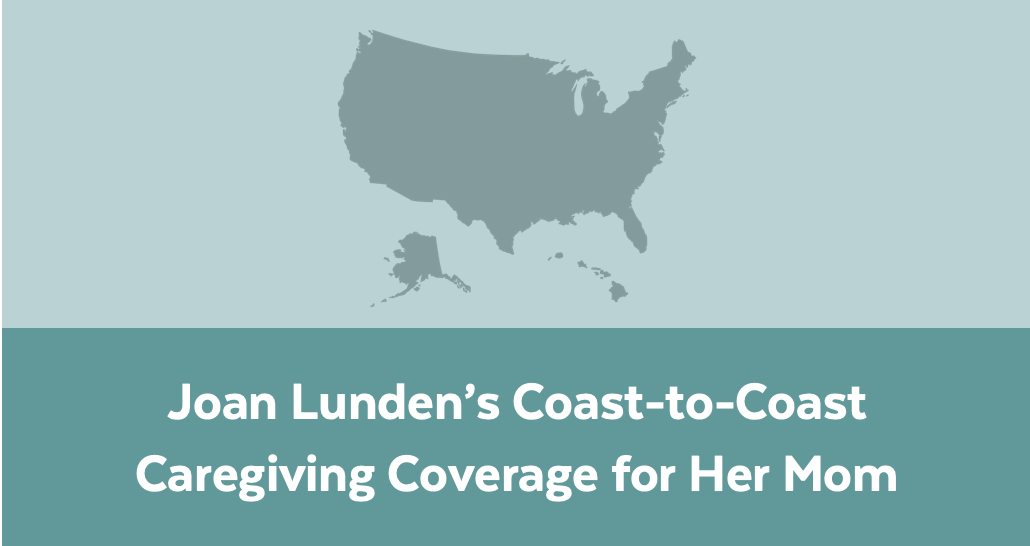 I first met Joan Lunden on the set of a special TV program she hosted for RLTV called Taking Care with Joan Lunden. She interviewed me as an expert on caring for an older loved one at home. I turned the tables on her and interviewed the famous TV interviewer for this story, which is excerpted from my book A Cast of Caregivers: Celebrity Stories to Help You Prepare to Care.

For 17 years throughout the 1980s and 1990s, she woke us all with Good Morning America as co-host of ABC-TV’s national morning show. But, it was 10 years ago that Joan Lunden, the sunny, blonde, California-born and raised TV journalist received her own wake-up call.

She remembers it like it was yesterday. In Joan’s words, “It 100 percent shook me up.” It was back in 2005, that her brother Jeff, who had long suffered from Type II diabetes, passed away. Joan had been caregiving for both her ailing brother as well as her then 87-year-old mother, Gladyce.  While her brother suffered the ravages of diabetes—blurred vision, headaches, operations on hands and feet, etc.—Gladyce suffered from signs of dementia and had several mini strokes over the years. For both their safety and Joan’s peace of mind, she had purchased a condominium in the Sacramento, California area where Joan had grown up and paid for them both to live there together.

Meanwhile, Joan lived across the country with her home base on the East Coast where she was raising two sets of twins under the age of 10 with her second husband and playing “empty nest” mom to her three older daughters from her first marriage. In addition, she had not slowed down since leaving Good Morning America in 1997, traveling the country as a spokesperson on healthy living, authoring several books, and managing a growing business focused on healthy living.

Joan was both a Sandwich Generation caregiver—one of the 24 million Americans caring for children and a parent simultaneously and thus, sandwiched between caregiving duties—and a long-distance caregiver. And the majority of caregivers are women caring for their older moms. More than eight million caregivers care for a loved one long distance—whether they are two hours away or across the country, as in Joan’s case. This makes caregiving more difficult—you are not there every day to see the small things which can be warning signs that something is changing and your loved one needs more care.

Although she mourned her only brother’s passing, it was not his death that rocked Joan’s world. It was the realization that her mother’s dementia was so much worse than even she knew.

“My mom had ‘sundowners,’ a typical symptom of dementia and Alzheimer’s where the person becomes irritated, irrational and sometimes violent as the sun is setting,” explained Joan. She also showed signs of paranoia especially after Joan moved her mother into an assisted living facility.

“Mom was afraid to go downstairs and visit with the other residents, they frightened her and yet she could not tell us why.”

Joan soon realized that she had been overlooking her mother’s real needs and issues. “It is easy to overlook things when you live far away from your loved one,” shares Joan. “They put on a happy face and they seem fine and you may see small things, but you want them to be fine.”

Alzheimer’s and dementia, which affects more than five million Americans today, can also be a sneaky disease. An older loved one appears relatively healthy and fine physically but is suffering from dementia that can cause sudden mood shifts, memory loss or other emotional problems, especially frightfulness and forgetfulness. It is only through the activities of daily living that one sees how critical proper care becomes and it was this realization that opened Joan’s eyes.

Joan encountered what I call "Goldilocks Syndrome," trying out several facilities before finally finding the right environment for her mother’s health needs and happiness. After Gladyce suffered several falls breaking her foot, her rib, then hitting her head and needing staples, did Joan realize a specialized care facility would be necessary. Joan enlisted the aid of a senior care facility advisor who took Joan and Gladyce on a tour of several facilities that she thought would work. They settled upon a small residential care home with just six residents in a cozy, intimate home environment.

Faced with a mass of paperwork and a lot of missing documentation, Joan got down to doing what she does best—investigating. As a journalist you have to be inquisitive and look for clues to the real story. In Joan’s case, she had to search through mountains of paperwork and become an amateur genealogist to be able to help her mother. She could not access her mother’s bank account, she could not find a social security card or driver’s license, and she had nothing to go on except she knew her mother’s maiden name.

An elder law attorney that Joan had secured advised her to find her mother’s birth and marriage certificates. This would be verification for the Social Security office to issue her mother a duplicate card since Joan could not find the original.

In addition, Joan would have to have her mother authorize her as a co-signer on the bank account and grant her access to health insurance and other critical information that has privacy protection. Thank goodness in Joan’s case her mother was still lucid enough to authorize her daughter to help—in many Alzheimer’s caregiving situations the loved one can no longer provide that authorization and it becomes a costly and time-consuming burden for the caregiver to get this done.

“You think you know your parents but then something like this happens and you realize maybe you do not know as much as you should,” says Joan. This is especially true when it comes to verifying records and making decisions on their behalf.

In retrospect, Joan says, “I wish I had the family meeting before the crisis in care happened, but I am typical. The crisis happened and all of a sudden you have to become an instant expert at so many issues around elder care.”

Joan’s advice to all caregivers, current and future, is to take a page from her long-running morning show career. “Have the conversation, start the dialogue, do the interview with your loved one,” she says. “And, most importantly, don’t stop communicating—talk to your loved one as often as possible, talk to their doctor, ask questions, talk to the facility administrators and health care professionals—stay on it. It is the most important tool you have—it keeps you connected to your loved one and to the essential care needs they have.”

My prescription to all families is to have the C-A-R-E Conversation. As outlined in my book, A Cast of Caregivers, follow these steps and have the conversation early rather than waiting for a crisis to happen – you will be glad you did.

C = Create a conversation around caregiving. Use a news headline or a famous person’s story, such as Joan’s. Gently ease a parent into the discussion rather than interrogate them. Focus on the universal complications for families who don’t plan ahead for long-term care and end-of- life wishes of older loved ones.

A = Ask a lot of questions of your parent but also acknowledge their wishes. Often as caregivers we just need to solve a problem, but in the end we have to be respectful of our parent’s wishes. It helps when you ask the important questions ahead of time.

R = Review the paperwork. As we see from Joan’s story – not knowing important details such as bank accounts or if there is a living will or health care directive makes a caregiver’s life more frustrating and overwhelming.

E = Engage the whole family. It’s important that everyone hear and know Mom’s wishes. If there is sibling rivalry or stepparent and adult children relationships sometimes it is easier to engage a geriatric care manager or other senior care professional who can act as a moderator and mediator for the family. Many working caregivers have access to these professionals through an employer’s HR benefits office.