Question: what is homesharing?

It’s pretty simple, really. Homesharing is another example of the sharing economy, like ridesharing or coworking. It’s shared housing in which a homeowner chooses to live together with at least one other non-related person in exchange for rent (and sometimes, in exchange for help around the house).

The Loneliness Epidemic was raging long before COVID-19, but the events of the past year have only highlighted the struggle that nearly 1 in 5 Americans over 65 face daily. The effects of a pandemic on top of existing isolation have disproportionately impacted older adults, and a variety of modern approaches will be required to address their needs.

Homesharing is not a new concept. People have long kept lodgers, tenants and roommates. What’s new for most people is the use of digital tools to make homesharing modern, scalable and practical for how we live today. Making those tools user-friendly and reassuring for older adults is more vitally important than ever. Our mission is to enable and operationalize homesharing as a part of population health initiatives designed to help combat loneliness and isolation among older adults.

In our latest report, we examined the intersection of healthcare and isolation, positioning homesharing as a holistic intervention for individual health. You can read and download the full report for free by clicking the link below.

How to Bridge the Generation Gap and Enrich Your Life

It might surprise you to learn that the term “generation gap” was only defined as recently as 1992. It’s a concept as old as time—the idea that, as VeryWell puts it, the “differences between generations... cause difference in opinions and communication.” For as long as there have been parents, there have also been children whose habits and perspective feel foreign. So, then, why have we only recently decided to label it as a gap?

The answer is that there’s more distance between generations than ever before. Because we’re living longer than ever, the senior population is larger than ever and is projected to grow a whopping 84% between 2010 and 2030.

At the same time, boomers are remaining in the workforce—and working alongside the massive contingent of millennial professionals—until well into their 60s and 70s. As Gen Z comes of age, we’ll see and unprecedented three generations working alongside one another—and sometimes struggling to communicate.

While it takes creativity and cooperation to form relationships across generational lines, the benefits are well worth the effort. And with these larger dynamics at play impacting our society for decades to come, it’s in all our best interests to open ourselves to the possibility of intergenerational relationships.

Homesharing in Denver: How to Get Started

There are plenty of reasons Denver was recently ranked as the #2 Best Place to Live in The U.S by US News and World Report. There’s the amazing natural beauty, outdoorsy fun and hundreds of days of sunshine every year. There’s also a solid and diverse economy, with lots of jobs in technology, aerospace, agriculture and more. We can't forget the Broncos, Rockies, Nuggets and Avalanche… and, of course, the fantastic local beer and brewery culture.

Denver has seen explosive growth over the last 10-15 years, but the housing supply has not kept up—leading to skyrocketing prices. According to Westword, the median home price in metro Denver has increased nearly 35% over the past five years. And despite the pandemic, the crazy housing market “remains red-hot.”

Homesharing in LA: Finding a Roommate in Los Angeles

When it comes to housing costs, Los Angeles is one of the toughest markets in the nation. According to a recent analysis by Zillow Research, LA renters spend 45% of their income on the typical property (spending more than 30% is considered “cost-burdened”). Homeowners in the area aren’t much better off, spending nearly 44% of their income on the typical mortgage (based on current prices). To make matters worse, if you’re among the many San Francisco or San Jose residents found by Zillow to be earning a lower income, you have a whole lot less to live on after paying those high housing costs.

5 Takeaways for Homeowners from Our Interview on Torchlight's Eldercare Illuminated

For many of us in 2020, our homes have never seemed more like protective fortresses. Even in our protection, however, far too many of us are still feeling the financial impact of this unprecedented time. If you’re one of the 1 in 3 Americans who’ve found difficulty covering usual household needs this year, this should come as no surprise.

Thankfully, your home can protect you from more than just the elements – in fact, it’s an incredible asset. Homesharing is a great way to earn passive income while also benefitting from social connection with a compatible housemate.

When I spoke to the Torchlight team on their Eldercare Illuminated podcast, I kept the impacts of the pandemic in mind. Beyond the finances, there’s a lot to gain from homesharing for those of us nearing retirement or caring for a loved one. Let’s take a look at five discussion points from the interview that felt most pressing for today. We were only able to cover a portion of the podcast topics in this blog, but please click here if you’d like to listen to this special episode of Eldercare Illuminated in its entirety.

How COVID-19 is Shifting Our Values for the Better

Many of us have been touched by COVID-19 in deeply personal ways, whether we’ve fought the virus ourselves or suffered the loss of someone we love, a job we value and/or the lifestyle we once enjoyed. This is a cascade of change, for all of us, and it’s going to take time to adjust.

One big change you may not have expected is actually pretty positive: the pandemic is shifting our values in ways that make life healthier and more meaningful, foster deeper connections, and can even help our pocketbooks and the planet. Let’s take a look at what this means.

Why Post-Pandemic “New Normal” is Ripe for Homesharing

Change is happening everywhere. The pandemic is altering lifestyles, housing and economic realities for millions of Americans. Where we can bounce back, fortunately, we’re doing it. Work from home? Used to it. Zoom calls all day? We’re pros. Elbow bumps in lieu of handshakes? A little awkward, but doable. It might not always be pleasant, but we’re adapting. 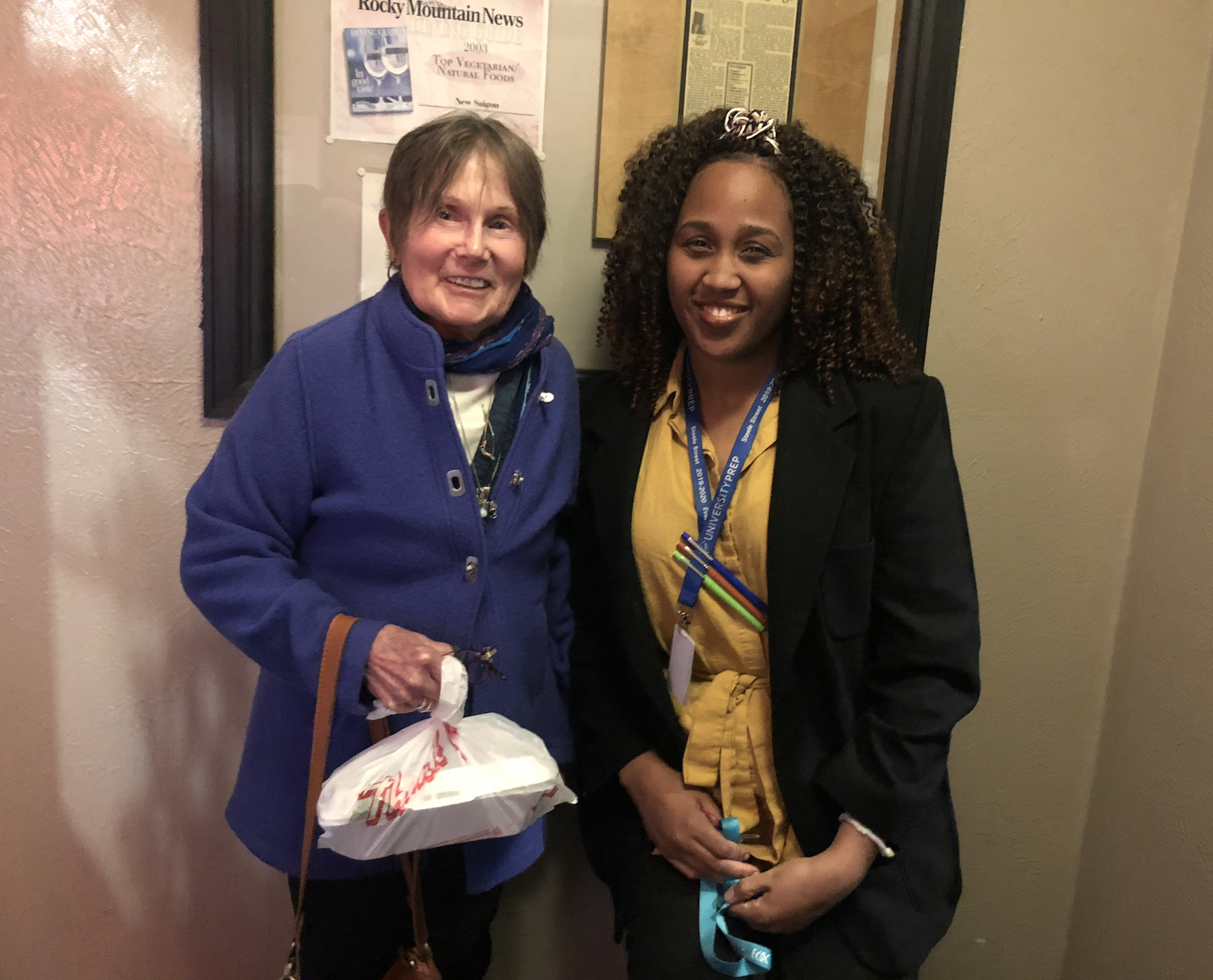 Over the last 100 years or so, the American economy—and, in many ways, our culture—has been hyper-focused on efficiency and specialization. Interestingly, this focus has changed our lives and relationships too. In a speech given at the 2019 Aspen Ideas Festival, author and CEO Marc Freedman shared how post-industrialized America began to “specialize” experiences by age in a way that previous societies had not, and the trend has only accelerated over the years. This kind of segmentation is efficient for marketers, education, military service and medicine… but we’ve lost something along the way.

10 Ways to Be a Silvernest "Superhost" 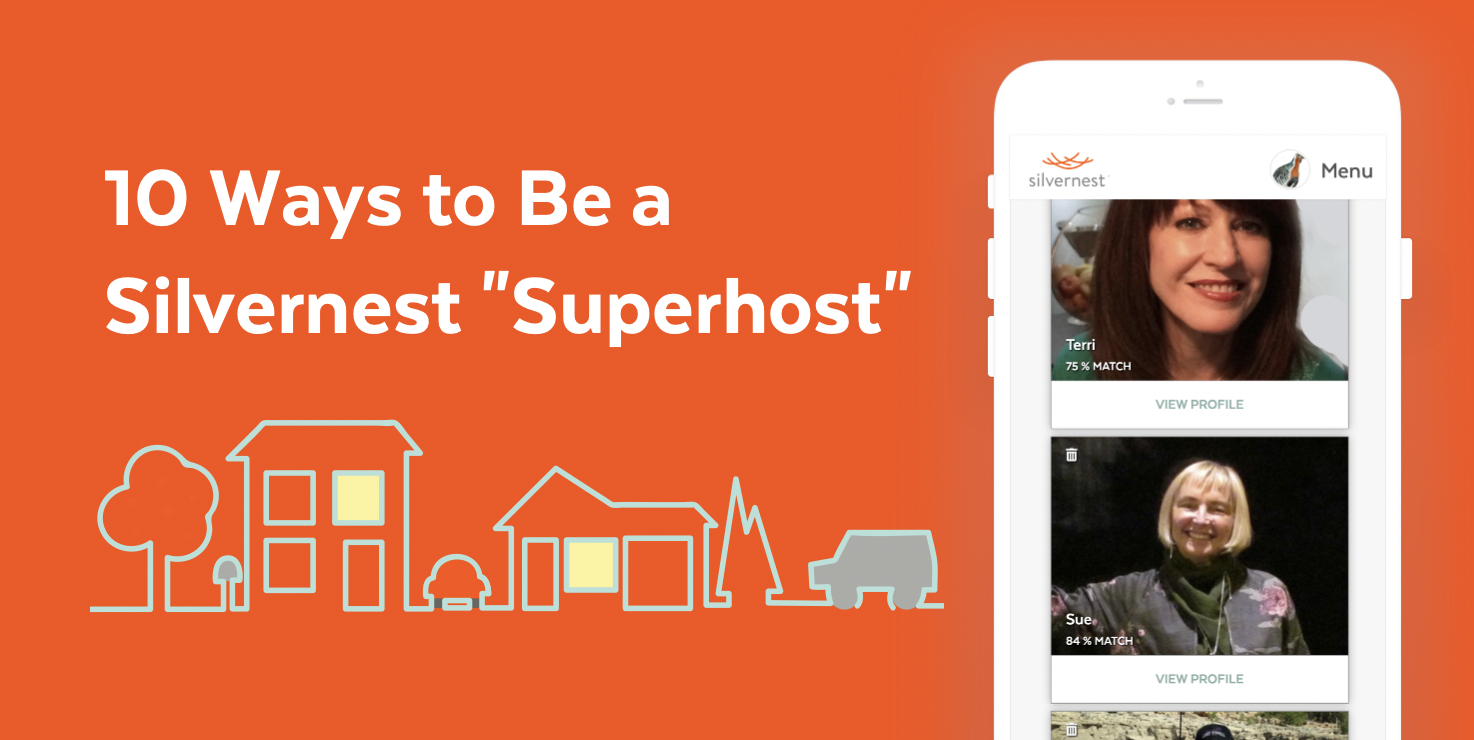 During a recent short transition from my last homesharing arrangement to my current one, I stayed at an Airbnb. That’s where I learned about and experienced their "Superhost" classification, and it made me think about what the Silvernest equivalent might look like.