Finding Roommates for Boomers: You'd Be So Nice to Come Home To 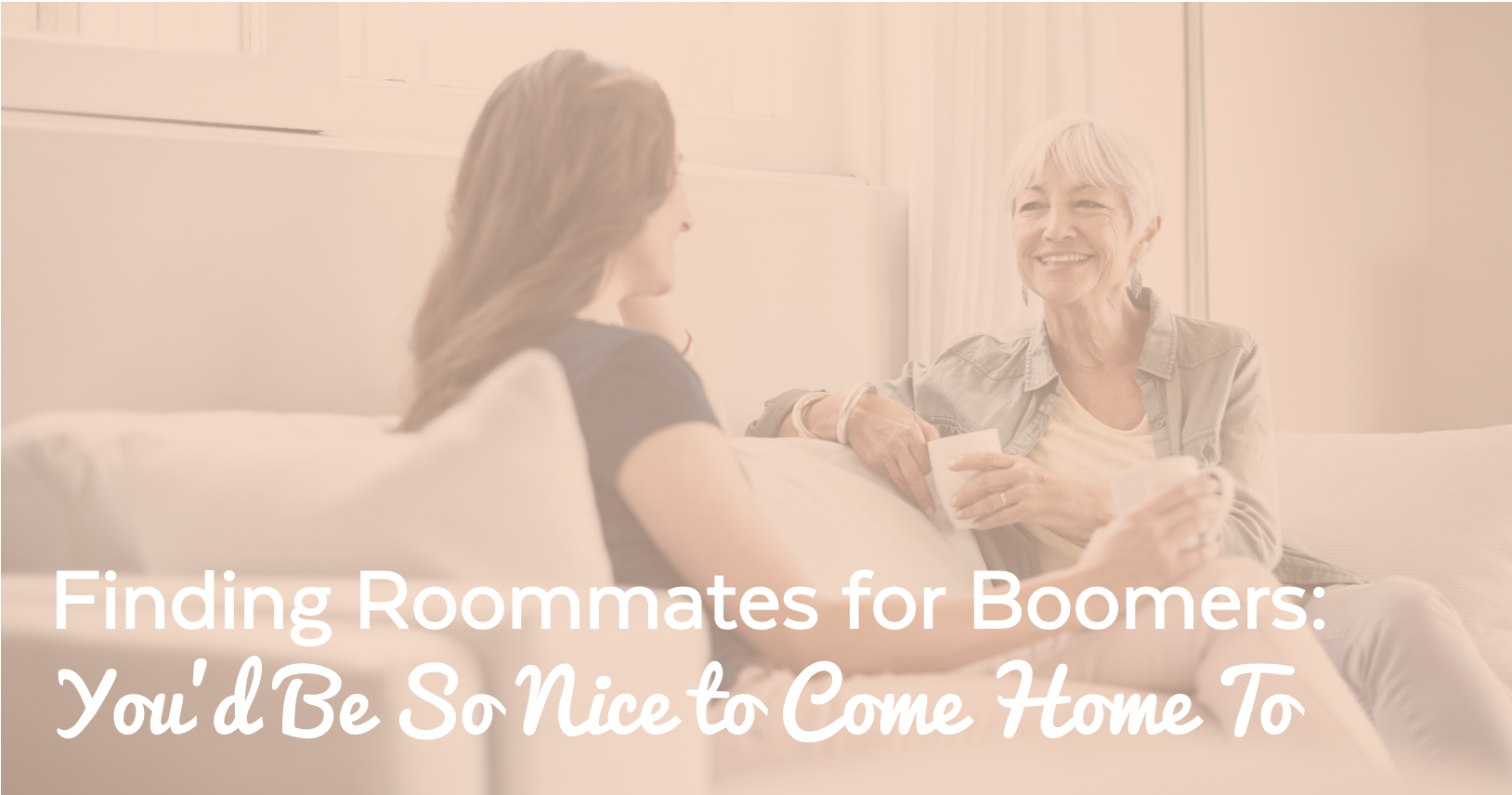 Silvernest has partnered with 500 Startups to bring you a series of interesting, and innovative and bad-ass women founders changing the face of tech as we know it. This article was originally published in Women 2.0.

Wendi Burkhardt is the co-founder and CEO of Silvernest, a Denver-based startup that matches boomer homeowners with compatible housemates. Silvernest was part of 500 Startup’s 18th Batch, and has since gone on to close a successful seed round, win numerous awards and gain national media attention. We sat down with Burkhardt to learn the secrets behind her building and growing a successful company, as well as the prospects for the aging tech marketplace in which Silvernest operates.

What is Silvernest, exactly?

Silvernest an online roommate-matching platform that pairs boomers, empty nesters, retirees and other aging adults with compatible housemates for long-term home sharing. Through these living situations, our homeowners can earn extra income, remain in their homes and communities longer, and gain companionship—all factors in healthy aging. Silvernest uses its technology to tap into the sharing economy, allowing homeowners to leverage their home as an asset, and helping renters more easily find an affordable place to live.

Where Did the Idea for Silvernest Come From? How Long Has It Been Around?

The concept of Silvernest emerged through personal experience, having aging loved ones in my family, as well as through our early co-founder’s experience in the aging industry. We recognized that this aging generation really wants to redefine the way that they age, and that includes changing the physical space they age within.Many people have been in a position where they've watched their family and other loved ones age and have to move out of their home, and I think what's happening with boomers and empty nesters is that they’re realizing that they want an alternative. They want a place to stay where they’ve lived for a long time, to remain in their communities and they aspire to age in place.Silvernest was born to help address that need, and we launched our platform nearly two years ago to do so.

Do You Have a Background as an Entrepreneur or Experience in the Aging or Housing Industries?

All of the above, in fact. Silvernest is my fourth startup and the second company that I’ve co-founded. My career history also includes working a key client in the aging space, Home Instead, a $1 billion in-home, senior care corporation. My work with Home Instead as well as my family experiences have helped open my eyes to the need for alternative housing options for our country’s aging population.

How Did Giving Up the 9-to-5 and Becoming an Entrepreneur Change Your Life, Both Personally and Professionally?

Being and entrepreneur has been one of the most challenging yet rewarding experiences of my life. It goes without saying that I am basically sleepless, I stress more and I sacrifice some of the known comforts that I was used to, such as a great salary and seeing my friends regularly (sorry everyone!). However, it has made me smarter and challenged me to be the most creative version of myself that I could be. In a world where there is not a clear playbook, you have to constantly think out of the box, be willing to shift quickly and, most of all, learn to trust yourself and your capabilities.

How has entrepreneurship impacted other parts of your life?

Being an entrepreneur is definitely like being an explorer and inventor. As a child who moved frequently and lived internationally, I believe that I was an “explorer” early on in my life. I have always welcomed change, new situations and the opportunities to meet new people. I am genuinely a curious person and interested in new experiences and adventures. For that reason, many years ago when I first met my husband, I actually told him that if he was interested in a partner who would be easily satisfied living in one house for 30 years, I was not going to be the right choice.Change is a constant in my life, which is ultimately driven from my curiosity to find new solutions to existing problems – and the ultimate desire to explore the world we live in!

We’ve seen stats showing that, in 2017, only 17% of startups had a female founder, and female-led businesses tend to have a more difficult time fundraising. What can entrepreneurial women do to get funded faster?

This is a toughie – for one, I think that we must continue to build out our networks and ecosystems by helping and supporting one another. This includes sharing successes, failures and resources that can benefit others. Men have been incredibly successful in operating as a “team,” but women, for much too long, have tended to operate independently. We have to find ways to come together to share in our learnings, connections and toolsThat said, we have to remember that while we absolutely need more diversity, the best successes come from situations where gender is equally balanced and can truly complement each other. While we work to support one another as female founders and entrepreneurs, we also have to respect our male counterparts in the process – and help lead the way in making it easy for them to understand the value of female entrepreneurs. And at the end of the day, that truly is reflected in our ability to create successful businesses.

What’s the riskiest move you’ve taken in your business? Any lessons learned?

Becoming an entrepreneur has been my greatest risk, and I believe it’s one of the greatest risks someone can take in business.Along the way, I’ve learned that being an entrepreneur isn’t for everyone. You have to have a certain affinity for working without structure. I knew a long time ago that I prefer to create and build things, rather than operate in a well-defined environment. I am much better at operating in the “unknown” than I am within a completely defined position. It’s important to know this about yourself relative to your role.Another big lesson is that it’s all about the numbers, and you better like dealing with numbers to be an entrepreneur because it’s where you’ll spend 90% of your time and attention.

Silvernest specifically caters to an over-55 demographic. What are the opportunities that aging adults present as a large (and growing) segment of the economic and consumer base?

While many of our users gain financial benefit from home sharing, others also experience the unexpected value of companionship in their arrangements.  We have some wonderful customer testimonials, from people who have talked about their experiences in home sharing and the varying benefits of companionship.  Here are the links to their stories for further insights: John Yates said: "The two of us came together, and I knew it was right within 20 minutes." He was paired through Silvernest with a 64-year-old roommate. "Now I have someone to talk to when I come home, and we're both interested in hearing about each other's days." Mariam Ephraim, who had suffered several health scares, talks about why she decided to search for a housemate to share her two-bedroom apartment in Arizona. Joann Wilson travels a lot and appreciates having somebody in the house in case something happens, plus someone to come home to.And client Nancy McLean discusses the benefits of having a younger roommate. There’s an enormous opportunity to develop and market to products that fulfill the needs of this population, which is often underserved or thought of secondarily. Consider that the elder demographic is the fastest growing in the nation—there are currently 109 million Americans over 50, and that number is expected to grow to 132 million by 2030. By comparison, there are just 75 million millennials. And this group has enormous spending power. An Oxford Economics report found that the longevity economy is one of the most vital in the US, our over-50 population collectively responsible for $7.6 trillion in annual economic activity, spending $4.6 trillion on consumer goods and services. The sharing economy, in particular, is one area that’s ripe for innovation to engage this demographic. They were the early adopters in the sharing economy, and are the fastest-growing demographic of sharing economy providers, from driving for Lyft, to pet sitting through Rover, to, of course, leveraging unused space in their homes to earn extra income through Silvernest.